Press Release. Community Mourns Passing of a Patriot with Vision

Community Mourns the Passing of a Patriot with Vision 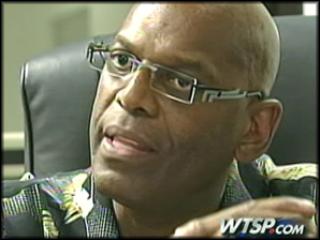 Sorry to hear this.. Sounds like they murdered him.. :-(

Unfortunately, your facts are wrong. It is shameful that you did not contact the family for correct information as far as his death and it is appalling that you are writing about the manner of his death without regards or the right of privacy for his family. Joel will be remembered with love and admiration from the people that knew him.

I reported the facts of Joel's death precisely as reported to me by the closest thing to an eye-witness. I had no family contact info. Nothing I wrote included anything about his parents, siblings, offspring, or their mother(s), including you. I quickly grew to love and admire Joel during the 4- months I knew him. I realize you feel grief. You have my sympathy, M.D. God bless and protect you and your children in this time of sadness.

bob, i feel you wrote a wonderful article on him. He told me about you and liked you alot and you always tried to help him. Its a terrible loss and I will miss him dearly. I talked to him just about everyday. I Love You Joel. bye for now,
KIM

All I can say is OH MY GOOD LORD!!!! I considered Joel my "life coach! This will take a while to digest!

I knew Joel and I have always looked up to him like a father. His son is my best friend and they both would give you the shirt off their backs... I will always look up to Mr. McNair until the day I leave this earth. He was my hero from the first time I met him and will always be my hero. I must admit the news was mind blowing to me, but I feel his pain. The guy was genuine and will be missed! R.I.P. Joel.
-USMC- "Freddy Knight"

Will there be a public funeral
or memorial service this weeK??
Never knew him, only what I read.
He exuded Truth, Justice and the
American Way like Superman. He
QUESTIONED "AUTHORITY"...like
Jesus Christ did. We will too!
Thank You for your inspiration!

Well for all those who loved JOEL... worked for this program and lived in an AP home...i also cleaned his condo for him so as for knowing him i can say yes to a certain extent he is a good man...HE even helped me fix my teeth! HOWEVER Joel let us clean houses with no intentions of payin us...The owners of the house took action again us living in our house we didnt get a new one! So why did we pay a memebership fee?

You might consider that the County Sheriffs effectively depleted Joel's money through bail and harassment of members who occupied his AP homes. Some members ran off, and many stopped paying him. So, he did not have the money to pay his costs. I do not believe he failed to pay you because of his intent to cheat you, but because he had no choice.

Joel was a thief! Plain and simple! He defrauded my company out of 90k, did time for racketeering and made a life out of breaking the law. I feel for his sons (rest in peace Mikey), Deb and all the other victims he left behind. As for Joel, he has truly gone gone from the frying pan and into the fire!!!!

Joel was a good man. He loved The Lord and wanted to help people. What was done to him was wrong. And anyone would applauds his passing is terrible hardened of heart and void of human compassion and love. We miss him, and more people should have such boldness.