Elucidation on "What is a Human" and the Bible 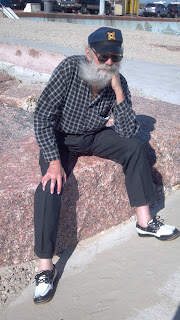 With respect to my  What Is A Human commentary (see text below), Scott wrote:


Bob,
Respectfully, you are entitled to your opinion, however until you or anyone else in this world can create the living and breathing things we have in the world , God is still God and his word stands true. The reason the world is in the mess it is in is because man wants to put his spin on Godly issues.
Humbly,
Scott
****


I do my best to answer Scott fairly:

LIVING?  BREATHING?  Well, I guess you just made my point, Scott.  If a genetic entity doesn’t live and breathe, we cannot rightly call it “human” can we?
Moreover, as I pointed out in my comments, a human does not merely breathe.  It must also enjoy sentience, and demonstrate personality – show self-awareness, and at least the incipient ability to make moral decisions, communicate ideals with other persons, love other persons, and crave to know God.  These incipient abilities do not exist in certain sub-humans like the worst with Down syndrome, and they most likely will not survive to attain any level of Heaven.  When they die they will have no more chance of going to Heaven than dogs have, and so we should not consider them “human.”  Because of that and the fact that normal people will abuse them unless protected, they will become a net burden on society forever, and they represent a danger to society, women pregnant with them should abort them in every instance.
If we attach undue moral significance to aborting subhumans, we will also attach undue moral significance to preventing conception of subhumans and defective, degenerate, inferior types, such as the 85 million people in America with IQ below 85.  Such people will never graduate from high school.  They become victims of nearly all smarter people.  They make notoriously bad decisions and gravitate to crime and welfare abuse to get by.  They terribly burden society’s infrastructures related to welfare, education, housing, health care, and criminal justice.  They dramatically reduce the GNP both by burdening infrastructures and having low value of productivity.
If indeed a millennium ever arrives (as in the Bible's book of Revelations) such people will obviously not survive to experience it because of their tendency toward indigence, irresponsibility, lifelong dependence on others for subsistence, and crime.  Sooner or later, all enlightened societies get rid of them through abortion, and through sterilization of the stupid and inferior so such prospective parents cannot procreate similarly feckless innocents.

You mentioned God’s word.  WHAT word?  According to whom?  213 years ago Thomas Paine began publishing his Age of Reason volumes in which he cited the Bible’s own statements to prove its errancy, fallibility, and contradictions, and to refute its authenticity, showing it as a collection of spurious works by a wide array of unknown authors.
Furthermore, any reader can clearly see that much of the bible consists either of letters with either unknown or unreliable authorship based on ZERO divine authority, or of the secular history of the Hebrews/Jews which ought to stand alone, apart, and separate from purported religious or inspirational writings.  And as you well know, part of the Bible, the Song of Solomon in particular, consists of ancient prurient or erotic literature, the "porn” of that day.  You can hardly consider this as rightly belonging to the so-called Word of God.  And hey, even Jesus complained that nobody could live up to all of the Jewish laws, so how COULD they have such merit as to warrant our adherence?
I do not mean by my comments to insinuate that the Bible does not provide spiritually inspirational content or relevant moral guidance.  I mean to assert that
·         we ought to view it as a banquet feast with a table containing food prepared by primitive chefs ignorant of man’s nutritional needs, as well as by modern chefs and nutritionists.  We ought to know better than to eat cave-man food or eat the plates, silverware, tablecloth, and centerpiece.
·         We ought to know that as a historical work it reveals the evolution of the concept of God among primitive people, not the evolution of God himself.  For example
o   early Hebrews saw Yaweh as their vengeful, jealous, tribal deity among other less powerful deities,
o   later Hebrews saw him as the ONLY God,
o   still later Hebrew prophets like the Isaiahs saw him as a God of love,  and
o   Jesus of Nazareth boldly proclaimed him as our loving, wise Heavenly Father whom we should love and emulate, a reality that neither Jews nor Muslims nor fundamentalist Christians have yet fully grasped.
We have stood by while ancient and modern preacher/teachers have perverted and polluted the beautiful Gospel of the Kingdom of God that Jesus of Nazareth both taught and lived.  We have idly or supportively watched today’s preachers browbeat children into accepting Jesus as a savior through his crucifixion as a human sacrifice to appease God so that God might willingly forgive his earthly children of their petty sins, even though Jesus himself never taught such an illogical and wretched notion about God’s relationship with his children.  We now bear the cross of reforming Christianity so that it will abandon such nonsense and return to the real gospel of Jesus, which I shall recite in a nutshell for you because I know you don’t know it.  I do this because I know you probably believe the red words of Jesus in the Bible BEFORE you believe anything else in it, and you probably accept him as the ultimate authority on the Gospel, above everyone else, including Saul/Paul.

Jesus taught that every faith-son of God will, by embracing sonship with God, strive to show his wise and loving nature to others through sincere daily living – pursuit of truth, beauty, and goodness through love, mercy, and ministry to others.  He asserted this in the following tenets of the Gospel:
1.       Fatherhood of God.  Acceptance of the reality of the sovereignty of God – he is our Heavenly Father, he loves us, we are his children, and we ought to love and spiritually emulate him;
2.      Brotherhood of Man.  Belief in the truth of the brotherhood of man – we are the brothers and sisters of our fellow humans and others of God’s willed creatures, and we should love and forgive them, and serve them unselfishly and lovingly;
3.      Becoming like God.  Faith in the effectiveness of the supreme human desire to do the will of our Heavenly Father – to become LIKE him through sincere, moment-by-moment striving to do what we consider most right.

Scott, I encourage you to share these saving truths with others as I do and as Jesus commanded his followers to do, for these constitute the real “Word of God.”
I do appreciate your response to my comments, for it shows that you have deep feelings about the issues.  I did not respond to you on the Lawmen group because I made my message a little religious, and it might seem that I hold Christianity in disdain, which I do not.  I merely expect all Christians to take seriously and sincerely the messages in Jesus’ life and teachings, even though they get the story from a source long and widely known to contain errors, editorializations, contradictions, and false credentials.


Bob Hurt
Proponents of Mississippi’s 8 Nov 2011 ballot measure “Proposition 26” seek to define the term person to “include every human being from the moment of fertilization.”  The proposition impacts a pregnant woman’s access to health care, including abortion. The American Congress of Obstetricians and Gynecologists released an opposition statement calling the proposition “vague and overly broad”.
I don’t believe personhood begins till the Heavenly Father bestows the personality upon the child, whether that happens in our out of the womb.  I believe the seven
adjutant mind spirits must first become functional in the mind so that personality bestowal will have meaning and function.  The spirits go by the names
Personality has qualities including
I do not know how much of the brain must function, nor in what way, before the adjutant mind spirits can function in association with it.  I imagine it must become sufficiently developed for the baby to seek nourishment before the Father bestows personality upon the genetic entity.
The typical child does not exercise moral will (begin to exhibit wisdom) until the fifth year of life.  So, I don’t believe minimal personhood requires full exercise of the prerogatives of personality.  Since premature babies can survive with care and nourishment, I believe it safe to say that a baby does not have to experience natural birth in order to become human.
However, if a baby cannot survive outside the womb at some age with personality prerogatives intact, regardless of the care given, and become a normal human, then that baby does not have the requisite characteristics of a human being with real personality.  And, neither government nor people should not seek to keep it alive if the mother dies while pregnant. Nor should government confer personhood status on such an entity.
I believe we should exercise common sense in determining when human life starts, such as by the above factors.  I do not believe conception constitutes the beginning of human life, nor that a human zygote or embryo constitutes a “human.”
***
Bob Hurt    bh  Blogs 1 2 3 • Email • Law • Donate    f      t
2460 Persian Drive #70, Clearwater, Florida 33763 •727 669 5511
***
Posted by Bob Hurt at 5:58 PM