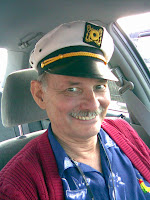 You might remember the articles in Alex Newman's 2007 Liberty Sentinel (http://libertysentinel.org) about Nancy Grant's August trial and conviction in Arcadia Florida's 12th Circuit Court  for Unlicensed Practice of Law (UPL).  See the article in the inaugural issue of the Liberty Sentinel for October 2007 here:

The circuit's Chief Judge Richard Haworth presided over the case.  The jury convicted Nancy of 19 counts of UPL.  She had helped DeSoto County prisoners get out of jail for violation of their speedy trial rights.  Nancy had discovered that circuit and county officials conspired systematically to deprive prisoners of speedy trials which the Florida and US Constitutions guarantee them.

For helping them, and thereby alienating their public defenders and other defense lawyers, the court fined Nancy $30,500 and convicted her to 15 years in prison.  Haworth graciously suspended the sentence in favor of probation.

Well, Haworth should have known better than to allow that conviction, according to Nancy.  The judge swore to support the Constitution of Florida, which contains these words in Article V:


"SECTION 15. Attorneys; admission and discipline.—The supreme court shall have exclusive jurisdiction to regulate the admission of persons to the practice of law and the discipline of persons admitted."

In fact, Nancy recently brought me up to date on her activities with this note:


"Hi Bob,
"Hope all is well with you. Thought I'd send you a few lines about my case. I filed my Petition for Habeas Corpus in the federal middle district court in Ft. Myers January 5. The court then issued a Order to Show Cause to the attorney general of Florida, Pam Bondi on Jan 24th. The AG's office has till March 24th to respond. The Order was 6 pages of demands, my transcripts, entire case, reason why they didn't hold an evidentiary hearing etc. My HC was about jurisdiction. I am claiming the trial court didn't have jurisdiction pursuant to Art. V Section 15 of the FL Constitution. The Florida Supreme court hold "exclusive" jurisdiction over UPL issues.
"That's it for now,
"Nancy  Grant"

In other words, the court made more errors in her case than simply trying a case over which only the Supreme Court may have had jurisdiction.  Regardless of those other issues, Nancy might face another leg of her uphill battle to exercise her First Amendment rights to freedom of expression.  Florida Statutes contain language prescribing penalties for UPL:

Accordingly, State Attorneys typically consider it their prerogtive to prosecute the above violations in Circuit Court.  Apparently Haworth agrees.

I imagine Nancy fully knows that the Supreme Court also operates Kangaroo proceedings, as it demonstrated by disbarring Miami-area attorney Jack Thompson in October 2008, basically for turning in Howard Stern and getting the FCC to fine him for airing prurient content on the radio.  She might feel bad that she got convicted in Haworth's Kangaroo court, where he fed bogus instructions to jury.  But she would REALLY feel bad if she experienced identical treatment in the Supreme Court.  And, giving the Florida Supremes the benefit of the doubt, I have no doubt that she would.

Florida's Kangaroo Courts give all of us, particularly Nancy Grant, a hard Lesson in the Southern Tradition:

When you want to beat a dog, you can always find a stick.