To:  Laura Rush, Counsel, Florida Office of State Courts Administrator
From:  Bob Hurt, Citizen of Florida
Greetings to you Laura.  Please forgive my not sending a Valentine Elf to hum tunes of appreciation to you while you work.
I write to request the 105.031 candidate oath with associated 876.05 candidate’s loyalty oath for each of these two Ft. Myers senior judges:
·         James Thompson
·         Hugh Starnes
I suspect you will not find them, but I ask that if you cannot, you tell me who does have them, and if nobody has them, why not.
I believe this:
The Justices, the Governor, and the Judicial Nominating Commissions ALL flout 103.031 and 876.05 by refusing to require judicial appointment nomination candidates to swear both of those oaths PRIOR to having their names available for the ballot (consideration for appointment).  I have complained to Gary Holland about this and he has steadfastly maintained that the definition of candidate in chapter 97 means 105.031 and 876.05 does not apply to appointment nominees.  I have told him that it does because
Please forward this message to Chief Justice Canady and State Courts Administrator Lisa Goodner.  I have reason to believe the two senior judges above have committed malfeasance, and I believe they also failed to qualify for office by virtue of failure to swear the candidate’s oath and associated candidate’s loyalty oath.
Now, today I spoke with my friend from Ft. Myers, Mr. Malcolm Doney, a naturalized US Citizen from England.  The US government and banking/finance industry conspired to do illegal acts that proximately caused destruction of his and many others’ fortunes.  Read the report at http://fcic.gov.  The Financial Crisis Inquiry Commission proved my assertion above and reported it there.  Of course all but the nearly dead already knew this.
So, now Mr. Doney faces summary judgment in which the two senior judges above have destined him to lose his real estate to charlatans in the finance industry.   And they have violated all kinds of rules doing so.  They violate chapter 38 and Rule 2.330 disqualification procedures, the 5th amendment to the US Constitution, and Florida Constitution sections 9 and 21, not to mention their crappy FCON Article II oaths.  By “crappy” I mean by that that they swear loyalty to government in the FCON oath, impossible to do if remaining loyal to the Constitutions.  I typed notes during our conversation and I provide them to you below.  The Chief Justice should call them on the carpet and defrock them forthwith for this behavior, SUA SPONTE.
This brings up a sore point.  The Justices bring in Senior Judges like the hired guns of the old wild wild west.  These people do anything and get away with it.  Bailiffs intimidate pro se litigants frequently.  They act belligerent, rude, and ignore judicial code of conduct canon 3 with impunity.  The bailiffs act like their lap dogs, and care nothing for the judge’s violation of law. I consider this inexcusable and intolerable.  So I want you to give the attached cert petition to them, ALL of them as a reminder of their duties and the fate they deserve when they fail to do it.  I present these points and the attachment out of respect for the law and utter disdain for the Florida Judiciary (for ignoring citizen complaints and retaining jackass senior judges like these two).  I make no threat and INTEND NO THREAT of harm to anyone hereby.
I have not reported this to the local media.  But if I don’t see fairly quick improvement, I shall make as big a stink in the media as I can about the Hired Gun Senior Judges of the Florida Supreme Court’s new Wild Wild West. O’Reilly might even spread the story.  No, this is not an isolated incident. I have seen similar behavior from Florida’s 6th circuit senior judges over the past 6 years. Someone needs to get these megalomaniacs under control and stop their abusive behavior.
-------------------- phone call notes with Malcolm Doney (http://dolphindevelopments.com) ------------
Senior judges
James Thompson
Hugh E. Starnes

28 Jan 2011 motion to disqualify Starnes
4 Feb 2011 Starnes has deficiency judgment against Valerie, had tried to disqualify him earlier but he did not leave.
Starnes asks for Mrs Doney.  Not here.  You can't speak.  I do have right to speak. Motion to strike because she was the only defendant on case.
I'm a defendant in this case too,.  Bailiffs tossed him out for speaking.  Outside court hiatus hernia acts up, two bailiffs observing him
Waiting for response by 2 march..
15 Feb 2011 in court before Starnes on homestead case.  whispering with opposing counsel.  Malcolm asks judge to have her speak up.  Starnes looked hatefully and gestured her.  She started and voice faded again.  Malcolm protested again and asked to speak up, and bailiffs approached Malcolm aggressively to intimidate him.Starnes asks again where's valerie.  She signed mortgage but this is the couple's homestead.  That's why I had to have you escorted from the court last time. You cannot speak in this case.  Yes I can.  I am a defendant.  Starnes turns on computer, "takes a long time to boot up," looks at docket and sees that Malcolm IS a defendant. Starnes recites his summary. case filed in 2008, default judgment against defendants, motion to set aside, Thompson reviewed and denied motion,   Malcolm says true, but he was disqualified at that time.  No he wasn't Yes he was, hand in air. Judge Starnes in invite you to put me under oath so I can swear to this court that at the time he took made the ruling he was disqualified.  No, I can see the docket.  Starnes said at next docket sounding I'll set the case for trial.  Malcolm said no you won't.  I haven't yet spoken according to my right.  May I speak?  Yes.  The docket soundings and appointment of magistrate and all that flowed from it is illegal.  My case not ready for trial because my motions to strike have not received evidentiary hearing according to rule 1.510a (sham pleading).  Judge looks at him  and said that's why we do trial.  Malcolm NO it isn't, you have 100 people lned up for the morning of the 18th.  You cannot hear my evidence in such a busy schedule and you have no right to set the trial anyway.

Sat. talking to client getting ready for hearing on Monday.
Valerie showed him letters from Thompson.  In respect to homestead, motion filed in court 15 Nov 2010, thompson said he had not seen it and would not have disqualified because you didn't serve me with it.  He did the same thing in December, with same document.  What prompted this?  Starnes, of course.

Shannon Anderson works with ACLU will file lawsuit on Lee County for fraud within 10 days.  She might go to rally in Tallahassee.  She has documents on fraud, more than 10,000 of them filed in Lee County showing bank fraud.  Works with Rachel Goodman, Atty ACLU Tallahassee. Will nail Thompson and barnes, has investigated them.

Anderson said Starnes and Robert Hill had conversation in open court about valerie case afternoon of 14th.  He asked opposing counsel Hill “did I do the right thing in Doney's case?”  Hill answered “Of course you did your honor. Doney had no right to speak whatsoever in this case.” Caught this on the court record .

Brian activist fighting foreclosure case, involved in spats with court and corruption.  has thompson and starnes and their lawyers into a mess, on the record. seems powerful to use against them.  Makes them complicit in frauds.  Needs to see it on public record. 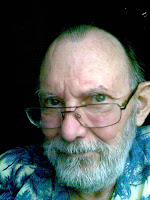