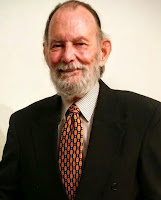 I appreciated the Midnight Ride documentary film.  It should have more assiduously emphasized individual and community RESPONSIBILITY, not merely complained about government tyranny that has grown as a consequence of an ignorant and irresponsible electorate.

After long and frequent pondering I have concluded that people cannot support what they have not read and studied and do not understand, in particular the US and State constitutions.

Therefore as the number one requirement for all oath keepers, the organization should requires that all who would swear or affirm to support a constitution shall first demonstrate competent knowledge of it, particularly the obligations of government and limitations on its power.

It seems axiomatic that bad electors produce bad government.  "Bad elector" means one who will not or cannot KEEP the loyalty oath he swore in order to become a registered voter.  In other words, "bad" means "irresponsible."

But somehow even the leaders of the OATH KEEPERS organization seem to have forgotten or ignored this axiom.  NO organization like oath keepers should blithely assume that its members have read, studied, and understood the constitutions they swore to support.

I believe every high school should require students to answer 80% of a 100 question constitution competency test correctly, as a requirement for graduation.  And every government should require the same of anyone who would register to vote or take government employment of any kind (from the lawn maintenance crew to the President/Governor), especially legislators and law enforcers.

The USA has a serious problem with average intelligence of various groups.  I have calculated that as many as 25% of the population lacks the cognitive ability to graduate from a high school for which the administrators have not dumbed down the curriculum to allow the cognitively challenged to graduate.

Under my recommended requirements, those 25% would not or could not pass the constitution competency test, and therefore would never qualify to register to vote or get a government job.  In fact, they do gravitate to crime and welfare abuse to get by in life. Realistically, why should such people ever vote or work for government?

It seems axiomatic that the right to keep and bear arms (to defend oneself against wrongful aggression) should apply to all Americans.  In reality such application makes little sense because that 25% I mentioned above notoriously make wrong decisions followed by wrong actions.  The Congress realized this when passing laws limiting application of the 2nd amendment to exclude children under a certain age, mental incompetents, felons, and illegal aliens.

So, axiomatically, the 2nd Amendment applies only to "RESPONSIBLE" people who have a legal nexus to government.

I believe it axiomatic that someone too stupid to graduate from high school and pass a constitution competency test should not have unfettered right to keep and bear arms.

In reality, by my observation, such people (the "stupid") bear constant supervision at home, at work, at school, and when on their own.  In other words, they should never become "on their own" because their stupidity will result in their injuring others or becoming the victims of others.

Liberty-loving Americans seem unwilling to admit that responsibility goes hand in glove with liberty.  But we learn as children that we will never get the liberty to drive the family car unsupervised until we show the responsibility to learn the rules of the road, learn to operate the vehicle, and learn to maintain it properly.

Where do we demand such a demonstration of responsibility from those who would keep and bear arms or who would procreate?  Only in the laws, not in the Constitution.  The constitution does not say this, but "We the People" means "We the RESPONSIBLE People."  We must remember that the American colonial governments allowed only free, white, propertied men (in other words, "responsible people") to vote.  But a slough of amendments changed that so that now even children 18, the stupid, the indigent, and other irresponsibles can vote.  That has changed the meaning of  We the Responsible People to include the irresponsible.  That constitutes civilizational insanity, in my opinion, and we can see the result in our governments of today.

My final point:  the right to keep and bear arms should mean the obligation of responsible people to keep and bear arms, as in Switzerland.  Every RESPONSIBLE American should give two years of military service to the nation, and every American who finishes firearms training in the military should have the obligation of keeping a government-issued rifle, shotgun, and pistol, with 1000 rounds of ammunition for each at home, properly locked securely against intruders.  It seems axiomatically that ONLY such a measure will keep the government from growing out of control into an abusive police state.  The people cannot support the constitutions without the physical ability to do it brutally under force of arms.  This means militia organizations need to possess sufficient armament (like police swat teams have) to withstand attack by government, foreign or domestic.

I believe OATH KEEPERS leadership should take a stand on these issues of constitution competency testing for all who would swear an oath, and demonstrable responsibility, including political control, as the cost of liberty.