The Importance of Hatred

I navigated to Taki's Magazine to read a Steve Sailer article about Augusta National, site of the Masters golf tournament every year.  Then I saw the mag's theme at the top of the page:  Coctails, Countesses, & Mental Caviar.  Browsing it I saw the below example of the "mental caviar."  I thought you might enjoy it because it shows the good side of something good people generally consider bad - hating people because they deserve it.

As I read it, bits of bad memories of people who had wronged me the past flashed through my mind.  I began to ponder whether I should just give up on forgiving and forgetting, and get down to the serious business of hating them.

I even thought of that John Wayne's J.B. Books' Shootist explanation of how he selected which people to shoot.  You remember the Shootist Code, don't you?

"I won't be wronged.
I won't be insulted.
And I won't be laid a hand on.
I don't do these things to other people, and I require the same from them."

I translated that to "I treat others with love and respect and demand the same of them."    So, what about those I just cannot love?  Whom should I not love to the extent that I hate them and conclude they deserved a mental shooting?  Why?  Do I feel certain?  Who had wronged me, insulted me, or laid a hand on me?  Did I have any other criteria for hating?

Well, according to the Shootist Code, for starters I'd have to hate my parents.  That's a given.

Or must the scope of my hatred exclude my years living at home as a child?  After all, who can blame parents for routinely stomping or beating me, since, Lord Knows, I deserved it?  Hey, maybe my parents hated me for violating their Shootist Code.  I guess I should feel lucky that they didn't shoot me.

And I might have to hate one or more of my siblings.  Oops.  One or more of them certainly had good reason to hate me.  How does that make me feel?  Could I go through my four score years feeling justifiably hated by people in my own family?

Well, maybe that's not as bad as it seems.  The world has plenty of people in it who deserve my love, and at least a few who love me because I never gave them enough reason not to.

And what about the time duration of hatred?  Once I hate someone, must I always thereafter hate that person, or should I conduct a periodic hate review in which I decide that I should no longer hate some who have reformed?

Or should I simply adopt a new and more sensible Hatist Code  unlike the Shootist Code - one that doesn't require me to hate parents, siblings, former wives, former employers, former school teachers, etc.?

I guess the Shootist solved such issues by shooting and killing those he hated as soon as the hatred developed.   In the old days maybe the shootist could get away with that.  Nowadays the cops would gun him down for such behavior.  Does that leave modern folks with only the option of lifelong hatred of those who have wronged, insulted, or laid a hand on them?

After contemplating these pesky and perplexing questions for a while, I concluded once again that hating people requires way too much commitment and mental energy.  I never wanted to construct a mental life around it.  I far preferred to love the ones I felt inclined to, and give the rest short shrift.

I imagine that reveals an utter lack of pluck and character to the committed hatist.  If hatred has no other redeeming quality, at least it lets others know what to expect of you.  It keeps your guard up so you won't expose yourself to more injury and humiliation by the target of your hatred.  And you'll know that a hatist hates you when you disappear from his world.

No, I am not a hatist.  I have better things to do than to hate people.  And I just don't consider hatred that important or rational.  But you might seriously disagree after you read this:

The Importance of Hatred 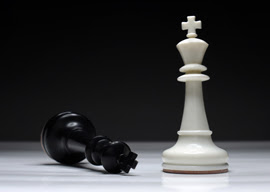 Commencement speeches often give great advice on how to succeed, whom to befriend, and whom to love, but they never focus on the importance of hatred. I believe that choosing whom you will never speak to again can be as helpful as choosing whom to marry.

Rational hatred has been a tool we’ve used since the cave days. Back then, if another caveman tried to steal your mate or your food or your cave, you’d smash his skull with a rock.

This Holy Trinity of untouchables—your mate, your food, and your cave—is still sacrosanct today, although today we’ve replaced “You’re dead” with “You’re dead to me.”

In Scotland, never speaking to someone again is celebrated as a sign of character. I remember my grandfather in Glasgow telling me that someone had crossed him, and he leaned in close before whispering: “I never spoke to him again.” Then he sat up like he had told me the best thing in the world and added, “That was 35 years ago.”

This isn’t something to be proud of if you can’t remember why it happened. You have to stick to the basic three: mate, hunt, and cave. If the double-cross was too irrelevant to remember, it wasn’t worth the social boycott.

“Rational hatred has been a tool we’ve used since the cave days.”

This process seems less popular in America than it is in whiskey-loving places such as Scotland and Ireland. I refer to it as “Xing” because I talk like a babysitter, but it’s a very manly way to be. Like legendary tough guy Chuck Zito, you accept everyone you see as your family. You respect them and love them and assume they’re great people.

But doing this can be dangerous because it makes you vulnerable. When you get betrayed, it can induce seizures of disbelief. The solution to this problem is to erase the person from your world. Who was it that betrayed you? Nobody, because he doesn’t exist. That means if you see them on the street, you simply walk past them as if they’re invisible. If you’re forced to sit near them in a bar, you see a magical floating beer rise up to lip level, empty itself, and then float back down to the bar. If you’re living in a dense city like New York it’s entirely possible you’ll be sitting in a bar with five or six invisible people drinking floating beers. They can try to apologize and beg for forgiveness, but it’s like a ghost trying to communicate with someone who doesn’t see dead people.

Xing people is an effective way to avoid the stress of dwelling in the past. There’s no point in hating someone who is Xed. They don’t exist. You might as well hate Asian couples that adopt black babies or men who were raped by women.

Here are what the basic three have evolved into since they were first invented 40,000 years ago.