How to Beat Windows with a Stick

How to Beat Windows with A Stick

In this overview I promote using multi-boot USB Flash Drive "Stick" for deploying and testing operating systems, and for repairing systems that won't boot or won't run right because of viruses, bad shutdowns, etc.  I encourage making friends with Linux/Unix because they cause less trouble than Windows for the typical user, they boot and run fast, and users get thousands of applications free, AND with VirtualBox, they can run Windows in Linux.

PenDriveLinux gives you Free tools like YUMI or SARDU or XBOOT that let you builds a multiple-boot USB Flash Drive ("Pen Drive", or "stick") under Window,  and many related tools.  I use this to put LIVE operating systems including Hiren's Boot CD and several flavors of Live Linux, and Live Windows all on the same stick.   MultiSystem makes it under Linux, and Win32DiskImager creates a single-booting image on a stick.  Live means you boot it, it loads necessary drivers, and the operating system and applications load FROM the stick and run from memory, even if the hard drive is messed up and won't boot.  I consider this an excellent repair tool because you can put multiple ISO files (CD images) on the stick and choose which of them to launch at boot time.  You only need to set up the BIOS Setup Boot Order to load from the USB first. All of the above multiboots but the single system imager use a FAT32 formatted stick.  The imager copies a UNIX/LINUX OS image to the stick, and gives you no choice of system at boot time.

You can put multiple rescue CD ISOs on a USB stick.  MultiSystem allows only one Windows Boot on its sticks, but I have not tried multiple Windows boots on YUMI yet.  Rescue CDs have two main functions: eliminate viruses or repair or replace files systemdamaged by viruses; and repair the boot records and related boot files so the system will boot. You do this from the stick so that the infected system won't prevent the repair, as many viruses do. 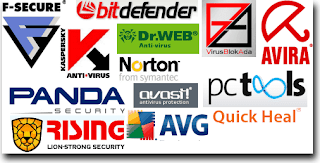 Note that several antivirus makers offer rescue CD downloads:  AVG, Eset, Kaspersky, and others, and more. See this list. AVG's is actually a bootable linux system that you can install on a multiboot stick or a CD.  Symantec has an app that creates the Norton Recovery Tool.

You boot one of these rescue systems, virus scan the target Windows partition that you have trouble with, and do other repair functions, such as to the boot record, file recovery, registry, delete malicious files, etc.  Since you boot from the stick rather than the hard drive, nothing on the hard drive will adversely affect the rescue softtware.

LINUX - Hose Windows at Every Chance

Most Windows users haven't a clue how fabulous the multi-user, multi-tasking, windowing desktop Linux is – virtually free of viruses, intuitive to use, fast-booting, free, loaded with powerful softare for virtually any interest, and able to install and run Windows OS and applications within it.

As for Live and installable Linux distributions, (see this list) most load reasonably quickly considering they have to discover the hardware and select which drivers to configure.  I like the following Free LIVE DVDs, and I prefer the DVD versions because they have more applications.  All of these differ in the number and kind of utilities they include.  You can install all of them on your hard drive.  Note that you can get some of them configured only as servers.  You can Google all of these for the downloads.  For many you can get versions for desktop and server.  Desktop always has a windowing GUI.  Server versions might have only command line interface.

Many portable applications for Windows or Linux.  For windows you can get apps that scan for and repair viruses, and malware on the hard drive, and recover files.  I put some of these on the multiboot stick so that I can run them after booting.  As mentioned above Many of the antivirus providers also provide rescue CDs so people can boot off the CD or a stick and then scan the hard drive's MBR and Windows partition for viruses.

Look at Immunet and ClamAV as antivirus tools for windows or linux.

I realize that I have crammed a lot of options in this commentary, and it will take study for the non-linux-savvy Windows support person to come up to speed.  If you get nothing more from this, get the idea that every support tech should have a fully equipped USB Flash Drive stick on his key chain for booting, virus scanning, and repairing pesky systems.  The ideal stick will have one or more kinds of Linux on it to show committed Windows users who just suffered a virus infection or reinstallation without proper drivers.  Such people should switch to Linux.  The tech can save user data (pictures, music, videos, documents) to an ESATA or USB2/3 external drive, then install the Linux of choice.  Because of the growing number of users, I recommend a UBUNTU distribution.