How can you write off Odious Debt like Greece will?

How can you write off Odious Debt like Greece will?


It was back in June 2011 when we first hinted that the time of Odious Debt is rapidly approaching.

As a reminder, this is what Odious Debt is: In international law, odious debt is a legal theory which holds that the national debt incurred by a regime for purposes that do not serve the best interests of the nation, should not be enforceable. Such debts are thus considered by this doctrine to be personal debts of the regime that incurred them and not debts of the state. In some respects, the concept is analogous to the invalidity of contracts signed under coercion.

Today, nearly four years later, Odious Debt is now a reality in Greece, where Zoi Konstantopoulou, the head of the Greek parliament and a SYRIZA member, released two videos which have promptly gone viral, designed to promote the investigative parliamentary committee to look into the circumstances surrounding the signing of the country's two bailout agreements that led Greece to implement its austerity measures.

Read the rest of the article here:

You can, in effect, get the court to write off  your odious debt, if you can prove that you got SCAMMED in your mortgage transaction.

You have only one way to find out if you got scammed: 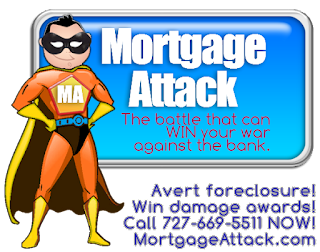