Is Your Word Your Bond? Are Some Lies Good?

One of my associates mused as follows in response to the comments about Federal Judges’ oaths:

“Is not a bond the same as an oath?
“If my word is my bond am I not pledging my oath by virtue of my word (bond)?”

Before tackling these conundrums, let us review the meaning of "bond."  A bond binds a person to a commitment, such as a promise to appear in court, or to perform some service.  People generally know that they cannot trust a person's promise to behave in some particular way because people have short memories and they tend to change their mind as time goes by.

Therefore, folks, particularly those in business and government, devised a method of enforcing a bond.  They demanded that the bonded person forfeit something of value in the event of breaking the promise and forsaking the bonded act.  The item(s) of value include cash, land, or other chattel or realty. Specialty insurance companies or bonding agencies provide the bonding service for individuals who do not have sufficient assets to satisfy the bond requirement.

The most popular of these:  bail bondsmen.  These agents put up the full amount of the bond, say $10,000, and charge a 10% fee to the bonded individual, promising the court that the individual will appear in court at the appointed time and date.  If the bonded individual fails to appear, the bail bondsman will hunt him down, capture him, and bring him before the court so as not to have to forfeit the bond amount.

Similarly, other bonding agencies charge a fee to public officers who must provide government with a performance or surety bond to guarantee that they will do their public officer duties honorably. Florida law requires that sheriffs, deputies, tax collectors, comptrollers, county clerks, and public service commissioners provide property or performance bonds in order to get and keep their jobs.

Interestingly, important though it seems, no law requires a person swearing a loyalty oath to provide a bond guaranteeing performance according to the oath (to support the Constitution of the US and the State).  Instead, the act of swearing the oath, with a "so help me God" at the end, seems to serve as the only bond.  The bond is the "word" of the oath swearer.

The Value of Constitutional Loyalty Oaths

I don’t think it much matters whether an oath stands equivalent to the bond of your word. Men and women generally revered God in the days of yore. They swore an oath in God’s name, or they just swore it. The oath meant something, and it thereby bound them to perform accordingly. Why? Because they feared that God would smite or punish them somehow if they violated the oath. Or they feared public censure that could jeopardize life in a relatively small community.

Nowadays, you can’t trust people, particularly those in government, to care about, honor, or even believe in God. And if they say they do, you can’t trust them to mean they believe they have made a commitment to operate righteously as God does. They typically justify unrighteous behavior by saying “Hey, nobody’s perfect.”

Furthermore, the law obliges all who would vote or take government employment swear a "loyalty" oath to support the Constitution of the USA, and (for state employment) of the State.  But most who swear that oath have never read nor fully studied the constitutions.  It seems a foregone conclusion that the vast majority of loyalty oath swearers cannot possible support what they do not know, and that they have committed perjury upon swearing that oath.

So, what value has the oath of loyalty to the Constitution ? I believe it has little value, for these reasons:

Furthermore, some groups of people, like fundamentalist Jews, may and do engage in ritual denials of oaths in advance of swearing them.  Take, for example, the Kol Nidre solemn declaration of fundamentalist Jews at Yom Kippur every late September/early October:

How can "we the people" possibly trust the integrity of those who foreswear their oaths in advance?  Religion pundits might claim they mean that Kol Nidre declaration refers only to personal oaths like "I swear I'll stop smoking,"  But in reality they have no idea what sincerity lurks in the hearts of the members of their flocks. Kol Nidre could apply to all oaths, personal, impersonal, formal, informal, large, small, significant, and insignificant.  In other words, you cannot trust people who foreswear their oaths in advance to adhere to oaths they swear subsequently.


And, interestingly, Ashkenazi Jews often wind up in leadership positions in courts and elsewhere in government because they have the highest average IQ (115) of any genetic group on the planet.  So the meaning and sincerity of their oath taking has salient relevance to their performance of duties according to law and rules of procedure.


Public Officers Must Build a Record of Trustworthiness

From practical experience, how do I know you can’t trust judges and other officials to abide by their loyalty oaths?   Simple.  I have monitored their behavior. You can too. Start attending court hearings and you will conclude as I have that some judges violate their loyalty oaths repeatedly.

We have living proof from the behavior of judges in all levels of courts that their word does not constitute their bond. And you will note that many states (including ) do not require judges to have surety bonds to give people a modicum of confidence that the judges will abide by their oaths.  Florida government "self-insures" the performance of its judges.


Why do judges lie and disobey their oaths so much?  Because they enjoy judicial immunity that no constitution grants them.  The Judicial Qualification Commissions have judges and lawyers in them who overlord the citizen appointees, and they virtually never discipline judges widely reputed to flout the law and rules.  Furthermore, citizens find it virtually impossible to get the House Committee on the Judiciary to impeach "bad" judges.  The newspapers refuse to publish negative stories about all but the worst of judges.  Prosecutors won't prosecute them.  And grand juries, usually perverted by prosecutors, won't indict them.  Thus, judges do lie and disobey their oaths because they can get away with doing it.  In summary, I have concluded that many judges, having no check or balance on their behavior, breach their oath and lie, and some do it a lot.


Also, many prosecutors enjoy qualified immunity, and as prosecutors their winning has greater importance to them than their honesty and integrity.  They will typically say or do anything to win their case because they know that the law means only what the judge says it means.  They don't want to trust that they will win a case on its merits, so they lie to the defendant in order to coax out a plea bargain agreement.  And because so many defense attorneys plea bargain their clients into a conviction, they never become competent litigators. Because so many prosecutors face off against incompetent defense counsels, prosecutors generally win, but still never develop competence.  In effect the defendants become victims of a comedy or errors practiced by figurative dunces.


So, I believe ALL prosecutors lie more than judges do, in other words, whenever it suits their purpose.  And, horror of horrors, many prosecutors go on to become judges.  They start lying early in their careers, carry it over into judgeships, and never stop.    Since they lie so much in public, surely they have no compunction about doing it at home.  So, I have often wondered why their children and spouses don't kill them in their sleep.


I realize my reaction to judge/prosecutor lies and flouting of loyalty oaths seems extreme.  But I can think of no liar more horrid, intolerable, and deserving of excision from the planet than a lying judge, and next to that, a lying lawyer.

According to Mark Twain

A person saying “My word is my bond” signifies the intent to say and obey the truth of that word. That statement implies such an intent and behavior since the time of accountability or of having made the first moral decision in childhood. It seems somewhat equivalent to saying “May God strike me dead if I’m lying or if I fail to abide by what I said.” That person means:

“I have lived my whole life since a child saying the truth, and obeying what I said. I shall continue doing so.”

Mark Twain would take exception to such a grandiose statement. He believed everyone a liar. He even wrote an essay about it in 1885 - On the Decay of the Art of Lying. There he quoted Benjamin Disraeli (actually, Lord Leonard Henry Courtney) as referring to the three kinds of liars – “liars, damned liars, and statistics.” Mark Twain alleged that everyone tells at least little white lies. Since we can’t stop lying, he asserted, we should lie more artfully, thoughtfully, and judiciously according to these rules:


1. to lie with a good object, and not an evil one;
2. to lie for others' advantage, and not our own;
3. to lie healingly, charitably, humanely, not cruelly, hurtfully, maliciously;
4. to lie gracefully and graciously, not awkwardly and clumsily;
5. to lie firmly, frankly, squarely, with head erect, not haltingly, tortuously, with pusillanimous mien, as being ashamed of our high calling.

I Side with Twain

I feel rather inclined to side with Twain. We should not claim “my word is my bond,” for we MUST sometimes lie in the name of nobility and righteousness. In fact, as any politician would tell you, one’s profession can require one to lie quite often.

For clarification, consider the following partial List of Kinds of Lies or Liars. I imagine it could easily grow to twice its number of lie types, or more. All of the items on it constitute lies of one kind or another.

Why I Side with Mark Twain

As I suggested when I sided with Twain, I don’t mean to imply that one can never justify a lie. A lie can save relationships, lives, or perhaps a civilization. But however justified, it still amounts to a lie.

And even though statistics constitute mathematical lies, they also provide a way of analyzing facts so as to discover their general nature. And that kind of lie, a generalization, highlights truth to prevent people from equating an exception with its rule. As Harvard professor emeritus Frederick Mosteller pointed out, "It is easy to lie with statistics, but it is easier to lie without them." Statistics can keep some liars somewhat honest.

However, disloyalty to truth never does any good.

Anyway, statistically speaking, I guess every human who ever lived did or became at least one of the things in the above List of Kinds of Lies or Liars. 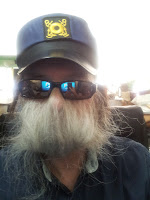